We are known for our ability to turn complex projects into simple, creative, and fun digital solutions for both stakeholders and the end-user.

Through the strategic use of technology & data and our human-centric approach, we constantly generate ideas, design the right tools and help people exploit more opportunities inside and outside their organisation. With us, you’ll experience first-hand what it means to have technology as your ally and forward-thinking people on your side.

In our digital world there is an endless capacity of stories, strategies, transformations, business models, innovation, designs, processes, applications, experiences, visualisations, tools, and ideas that we deliver. All you have to do is join...

For us, it’s not about the products, nor the services. All is about experiences! From EU public organisations, to cultural institutions, and private businesses, we embrace your mission and vision and deliver impactful solutions. The general objective was the planning, design, and delivery of a one-page scrollable infographic, communicating the Agency’s work programme that was approved by the Agency’s Management Board and published on its website.The general objective was to increase the Agency’s presence in Europe, by informing the EU citizens and the stakeholders about the Agency’s mission, objectives, and activities in a simple, direct, and transparent way.Based on the Single Programming Document published by ERA, Hypertech conducted a UX analysis to identify the target audience and create the key messages. Information architecture was built based on a storytelling narrative. The story was based on ERA’s mission and how this would be accomplished by completing the approved activities. Each activity was described concerning all of its objectives, the required budget, and resources. To reach the purpose of the key message the data visualisations were:<ul>Hierarchical – Charting part-to-whole relationships and hierarchies</li>Relational – Graphing relationships to explore correlations and connections</li>Temporal – Showing trends and activities over timeFollowing a User-Centered Design approach, a prototype was created to depict the structure and all elements that would be included in the final storytelling product. After a set of testing and iterations, the visual design was formed with illustrations, and colours were added. Taking into account accessibility guidelines, the colour scheme was consistent with the agency’s brand identity and the colours used on its website, where the infographic would be hosted.Considering the data shared by ERA and the way this information would be explained most optimally visually, suitable charts and graphs were picked. After a couple of iterations and feedback incorporations, the final visual was completed in a static version. Then, interactions and animations were added to support the storytelling and bring a playful touch to the final product.In regards to technologies, the website was based on Drupal 7, and thus the infographic needed to be compliant with all relevant restrictions and, simultaneously, utilise Drupal’s capabilities. The website’s front-end was built upon Bootstrap, a popular CSS framework, which provides a specific responsive layout. Hypertech obliged the rules of this grid and provided the end product in alignment with the environment in which it would be injected. It’s a mobile finance application, for iOS and Android devices, which traders of all levels use for receiving trading signals in FX market, indices, commodities, and cryptocurrencies. The app is generated by a collection of state-of-the-art machine learning / Artificial Intelligence (AI) prediction algorithms, analysing complex markets and correlated moves of various assets, which even the most experienced traders are impossible to notice. Its signals use price action and correlations between various assets to maximise its success rate and the app already counts more than 100.000 total downloads and around 10.000 active users. The study delivers a consistent and comprehensive risk assessment methodology for the EU-27 Member State countries, accompanied by analytical Excel-based visualisation tools, for the identification, analysis and assessment of potential risks to EU’s security of energy supply up to year 2050. The aim is to enhance DG ENER's understanding of potential risks that lie ahead for the energy system in the context of increasing energy system integration, climate change and clean energy transition.

Maybe it’s talent meeting experience, but we know how to build trustful and long-lasting relationships with our clients and partners.

We developed a great cooperation with Hypertech since 2016 when they helped us to redesign our website. Their dedication, attention to detail and creative approach played a big part in improving our online presence. 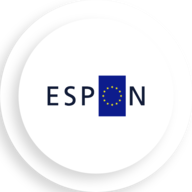 It is a pleasure working with Hypertech, both from an implementation and business development point of view. Hypertech are highly committed, flexible and not afraid of going the extra mile. 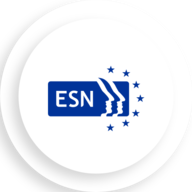 The contract has been executed according to the contractual terms up to now. 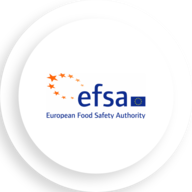